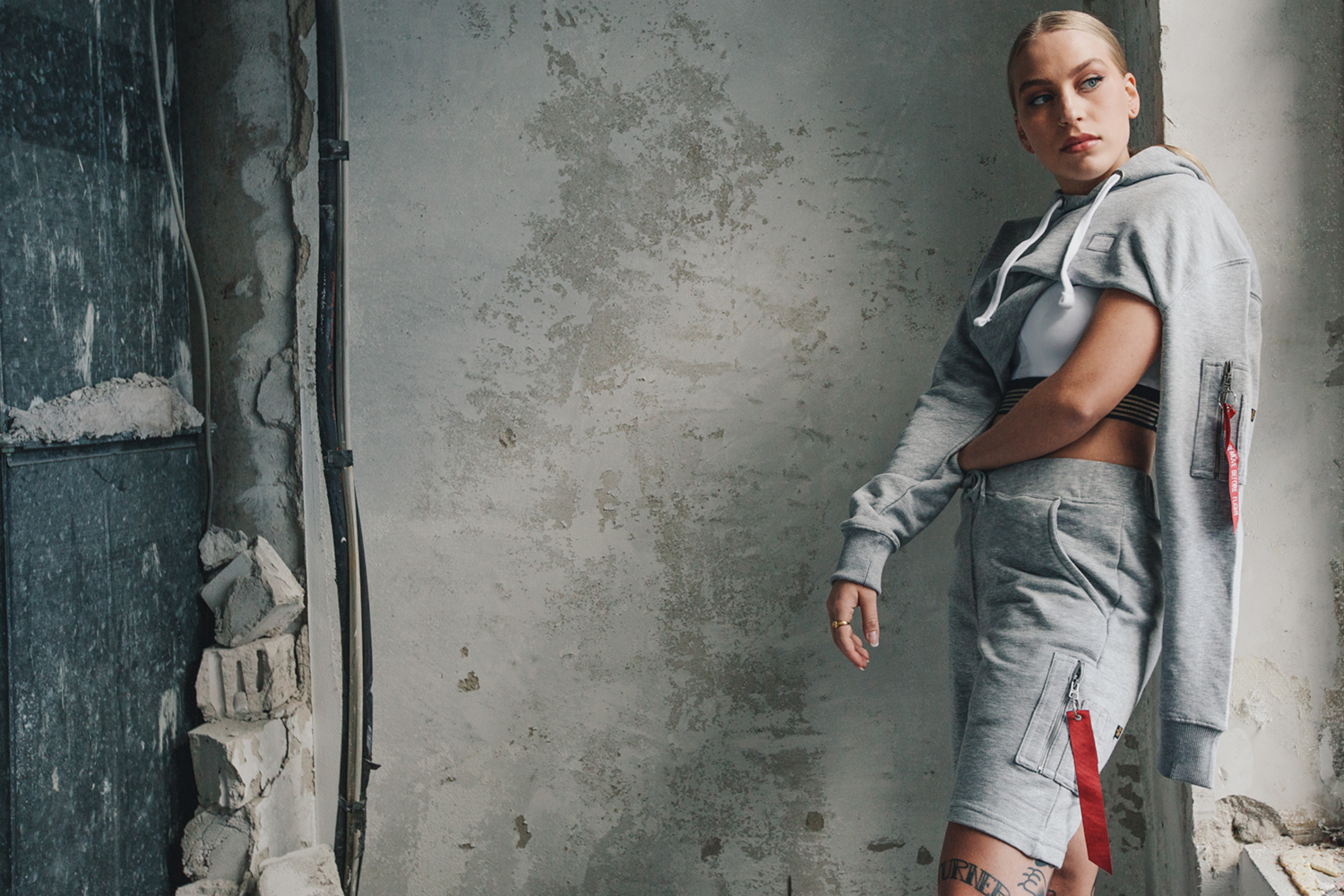 These might be the strongest lines in Kendrick Lamars song DNA. from his recent album DAMN. An album with so much artistry from the samples to the lyrics.
Kendrick goes to great lengths to see if he can overcome the elements of his DNA—the elements that raised him and the elements of his fame—to truly rise above .
By the names chosen for every song, he brings us through stages in life, which could all sooner or later affect our DNA and the DNA of our children tomorrow. He wants to overcome his wickedness and weakness and by choosing to do the right thing, good karma impacted the future.
That is Kendrick’s way of saying: “You can overcome your circumstance and be a good person and a good soul in a maad world.”
It’s something we should all keep in mind, especially in this – indeed –  mad world we live in today.

But DNA not only lies in ourselves. Fashion brands have their own DNA – carrying heritage, power, joy and pain. Alpha Industries is one of those brands. Staying loyal to their history and heritage has probably been their most important code until today. But if this code is being broken by a marginal group that you don’t want to be associated with, this can affect the DNA they’ve kept free from negativity for so many years.

I asked Ben Birkl, the Marketing and PR Manager of Alpha Industries, how they kept up with being titled as Nazi brand and what he thinks about stereotypes and codes fusing into one…

Alpha took history and authenticity and made it into something relevant and fashionable – finding it’s way as part of the streetwear, what would you say made it so popular in the fashion industry today?
Because Alpha is a streetwear staple, for example the MA-1, it’s an icon itself. You know, you have to have it in your wardrobe. It’s like a Converse Chuck, a Vans Sk8 Hi or a Levis 501 – those styles are classics. Exactly like our MA-1 Jacket. It gained a lot of popularity as ( I have to say this, because it’s true ) Kanye wore it during his YEEZUS Tour back in 2013. Also at that time, many rap artists began to wear the Jacket ( or were still wearing it ). Collaborations with partners we chose selectively ( because most of them are Friends / Family ) helped also.

A few years back Alpha Germany had to cope with a target group a brand wouldn’t want to deal with, how have you guys handled the situation?
Yeah true – pretty tough times tho. Seriously. – What we did is, we found out who the specific stores were that sold the Jackets and shut down their accounts. This wasn’t stopping them, but we could control it a little bit more.
We also haven’t made any statements, because if we did, they would have said that we support the other party and so on. We never meant to be political in any way.

Do you think those cliches around clothes branding a specific group of people are becoming less, now that designers like Demna Gvasalia took on guerrilla fashion, even influenced Balenciagas code, to sensitize those delicate parts of history?
Oh yeah ! Definitely. Back in the days you could see people on the street, what they are doing or who they want to be from a distance of 15 meters, just because of the Brands they wore. This is something which is now completely gone.

Best example – in their latest show Vetements created some strong looks based on people we see on the streets everyday, including Alpha Jackets. How did the collab with Vetements came together?
They already did bomberjackets at the very beginning. For Gvasalia, the reward was working with companies that brought generations of know-how to the table — and on relatively short notice. “When we saw the first prototypes coming in, for example, from Alpha Industries — the bomber jackets — they were perfect,” he says.
“To me, that’s something we could never have done, even with the best factories in Italy, because they don’t have a hand for that. Alpha has done bomber jacket for years. They supply the army.” We knew this would be different than what we do, but not completely out of our range. Alpha Industries has been making MA-1 bomber jackets for 50 years, and at one point we offered up to size 8XL, so the sizing and fit wasn’t difficult. We just knew to expect the unexpected with Vetements, and we are really happy with the results.

Do you think in the future we still have to keep up with stereotypes, since all of them are slowly blurring into one big code?
I think as soon as they completely blurred into one – they will split again. 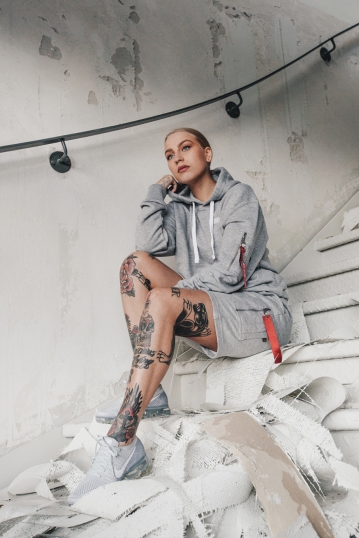 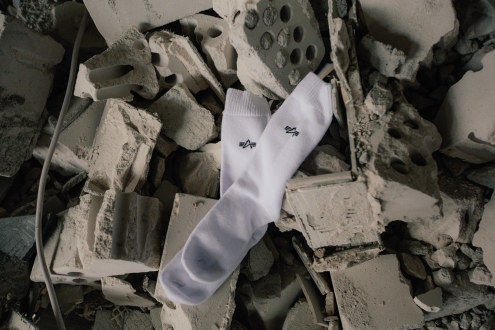 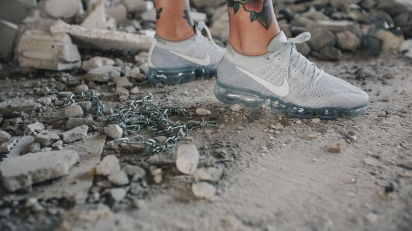